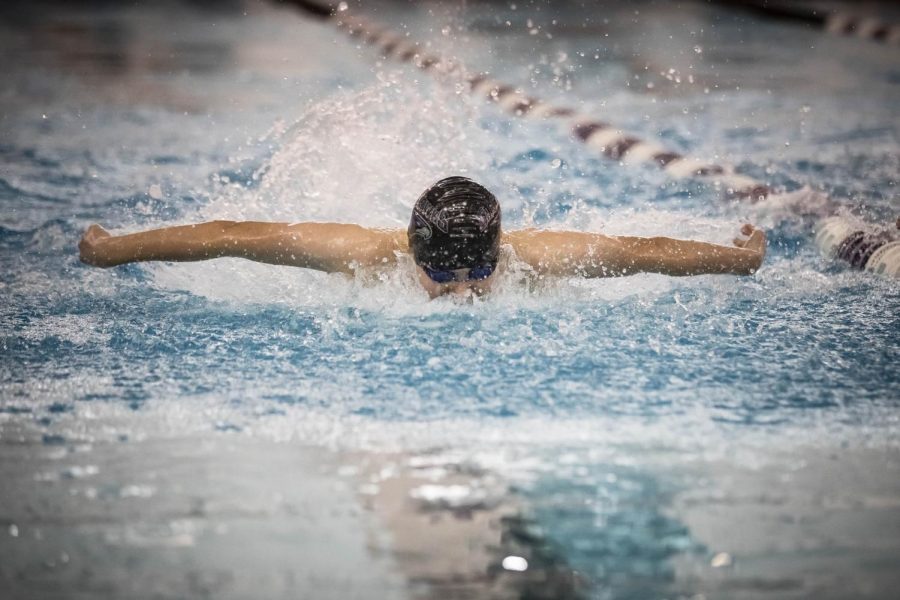 For the 2019 season, the boys swim team has pulled through with victories at every one of their meets. The team has also had eight meets so far this season and is contending at the top of their league.

Prelims of the OAA white league championships–which took place on Wednesday, February 20th–was the largest meet of the season with teams coming from all across the region competing to move on to States.

“The outcome of the meet was BHHS with 384 points and Rochester High School in second place with a score of 343 [points],” said sophomore Sam Wander.

After going from not having won a single meet all season last year to winning every one this year, the boys swim team is now one of the top teams in the state.

“Prelims went better than expected for us, and we hope to bring home the victory [at Leagues] on Friday,” said sophomore Gavin Raab. “We had a huge target on our backs after finishing undefeated, but as of right now, it looks extremely good for us to win it all.”

Not only has the team itself been securing wins, but many individuals have been as well.

“Some of our swimmers and divers have qualified for the Division 1 MHSAA Swimming and Diving meet and will be moving on to Holland, Michigan,” said Raab.

“The BHHS swim team had some very fast swims at prelims on Wednesday,” said Wander, “with swimmer Matthew Kowalski getting a state cut in the 100 breast.”

As of right now, state qualifiers are working through different exercises in preparation for the state meet, which will take place on Friday, March 8th.

Junior Matthew Kowalski said, “In practice, we vary our sets to work on different parts of our races such as turn work, starts, finishes, underwater drills, stroke technique and building up endurance. [This way,] we can last the whole race at full speed.”

As the swim team continues to work on their technique in practice, they are expected to take the title as State champions.