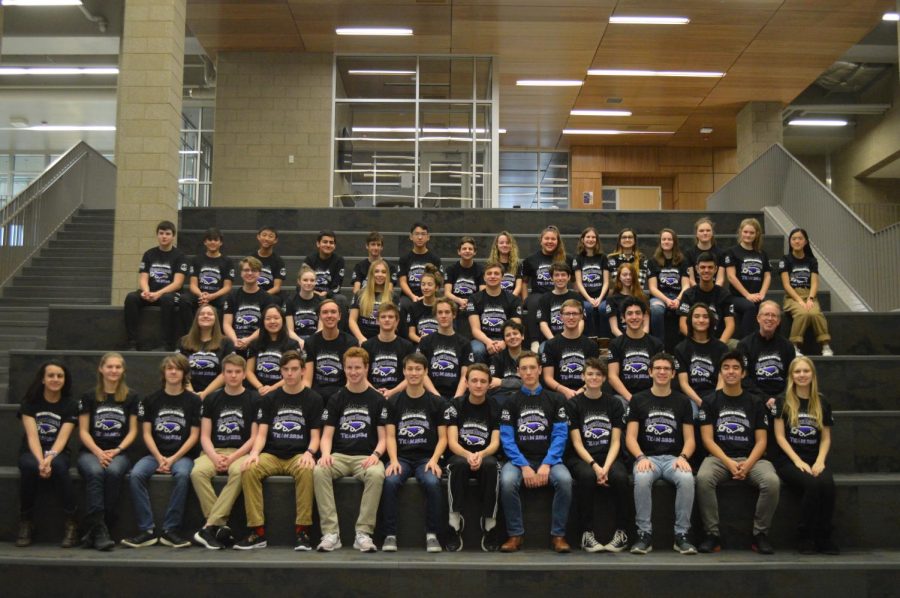 The robotics program in Bloomfield Hills has reached an all-time high of team membership.

“This year, across the district, there are 26 FIRST LEGO League Junior teams, which are the youngest teams kindergarten through third grade. There are nine FIRST LEGO League teams, which is fourth and fifth grade, and there are 11 FIRST Tech Challenge teams [for] six, seventh, and eighth [grade], which is great. All of that rolls into our one high school, the Bionic Black Hawks team,” said Sarah Piper, the lead coordinator of the district’s robotics program.

The Bionic Black Hawks, along with the middle and elementary school teams, are part of the FIRST (For Inspiration and Recognition of Science and Technology) robotics program. The district program has grown from one to 46 teams across the district.

“The team is now going into year 11. We started in our first year with six students, and this year we have 52,” said Bionic Black Hawks coach Andrew Raine. “There has been steady growth on the high school team to reach this point. This is the most students we’ve had on the team ever.”

According to Piper, the high school team’s community involvement is the root of the growing interest in robotics.

“The high school team was really the catalyst to spur the growth. They started with doing camps and the original idea was to expose more students to robotics,” said Piper. “I [also] think part of the reason why robotics has grown is because it’s fun, and kids enjoy doing it.”

The growth of robotics statewide has additionally been promoted by initiatives created by former Governor Rick Snyder.

“We’re really fortunate that former Governor Snyder wanted to keep talent and [retain] STEM (science, technology, engineering, and math) jobs in Michigan. One of the long range goals he had to do that was to invest in STEM programming in the state of Michigan,” said Piper. “So that’s one of the things that the Black Hawks take advantage of; all our teams receive state of Michigan grants at all levels. That helps start and fund teams.”

The growth is not just apparent in Michigan, but also globally.

“There are over 3,000 teams worldwide of FIRST Robotics from all countries across the globe,” said Piper. “They now have two World Championships because there are so many teams, to facilitate the growth, and one of those World Championships is right here in Detroit.”

However, this growth is dependent on more than just student interest.

“Bloomfield Hills schools robotics is run completely by volunteers,” said Raine. “[There are] over 350 students involved at all the grade levels K through 12, so the growth will certainly depend on that continued interest, and the commitment of the families.”

“Robotics means being able to communicate on [the] individual and multi-personal level[s], and being able to compete fairly and honestly with one another,” said Noah Stillman, a senior on the team.