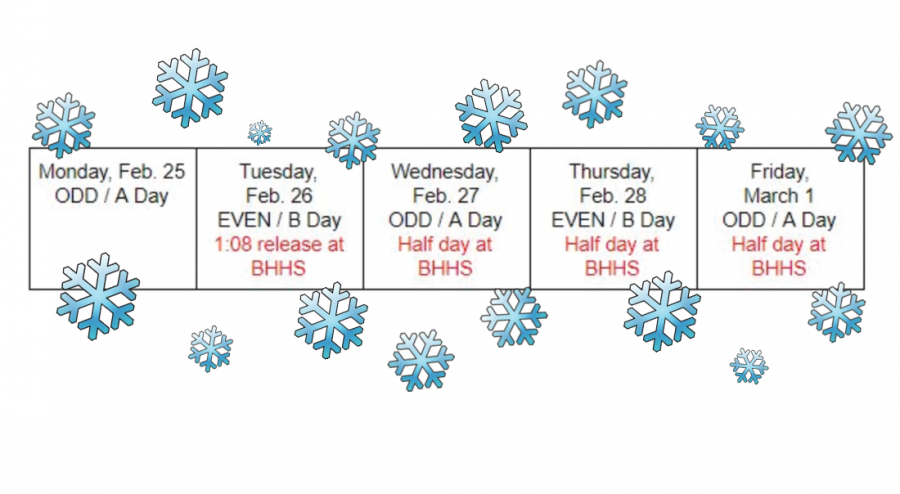 Due to the unexpected number of snow days this year, the district has decided to alter the schedule for the upcoming week of February 25th – March 1st.

Prior to the change, the schedule was listed as an Even Day heavy week with Even Days on Monday, Wednesday, and Friday and Odd days on Tuesday and Thursday. But, with the previous six out of the seven snow days this year landing on Odd days, the district has changed the scheduling to be an Odd day heavy week with Odd days on Monday, Wednesday, and Friday and Even days now on Tuesday and Thursday.

The previously planned early release on Tuesday, February 26th and the following half days on Thursday, February 27th – Friday, March 1st, will not be affected by this change and will continue as planned.

This adjustment will not change the overall scheduling of the year meaning that the following week will be an Odd day heavy week as well.