Humans and Demons: what’s the difference? 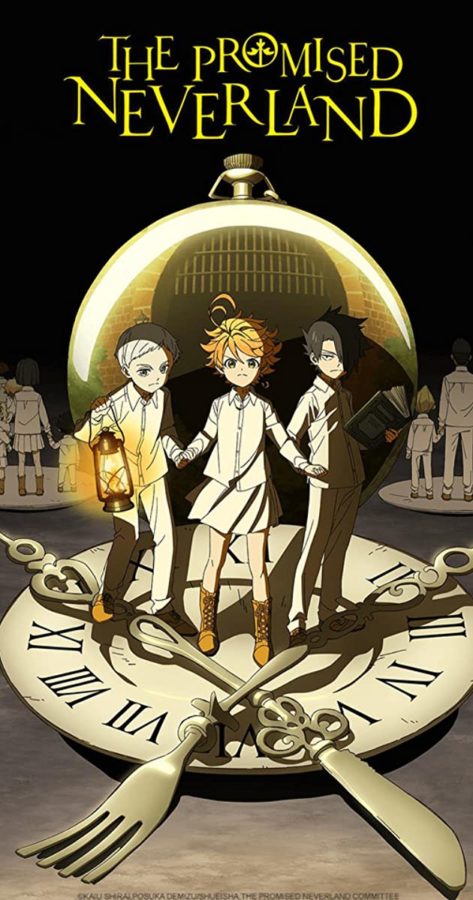 With season two of The Promised Neverland coming to a close, the anime series has raised some interesting questions. The show, often abbreviated as TPN, is about a group of children that are raised at an “orphanage,” which is actually a human farm run by demons. As a warning, this article will have many spoilers from season one and two.

Throughout the first season, the demons are villainized and seen as monsters in the eyes of main characters Emma, Ray, and Norman as they plan their escape from the farm after witnessing one of their siblings get “adopted” or killed. Viewers are presented with images of the innocence of children as they grow up within the farm, juxtaposed with cold, selfish corporations leading them to their death.

However, after the children escape and season two begins, we are provided with a whole new outlook on the demons. When in the outside world, Emma, Ray, Norman and the rest of the children who escaped visit demon towns, interact with them, and are forced to hunt for their own food.

In regards to hunting, the children were always given food by the farm, but never had to take the life of an animal themselves. When Emma, the symbol of gentleness and forgiveness throughout TPN, first shoots down a bird outside the farm, she immediately associates the bird’s suffering with that of her sibling that got killed. Here, we begin to see a similarity between humans and demons and need for survival. This similarity is hardened by the season two introduction, when an image of children eating rabbits is alongside an image of demons eating those children.

The message of similarity between humans and demons is enforced by the humanization of these demons as the children explore the civilizations they have erected. One glaring instance is a struggling demon father trying to purchase food for his ill daughter, using human flesh to feed her the same way Emma killed a bird to feed the other children. Later on in the season, when Norman announces his plan to annihilate all the demons for their actions, Emma begins to envision a world in which, in all their similarities and emotions, demons and humans coexist. Norman, with his genocidal tendency, eventually witnesses the same humanity of demons Emma acknowledged when first initiating his plan.

So what does this whole comparison mean? Well, it paints a picture of a food chain and the possibility of coexisting between each level, as represented by Emma’s hope for a new, unified beginning. The hopeful union between humans and demons is then transferred to humans and animals, like when Emma shot down the bird and the references in the season two intro.

The culminating argument of these events and perspectives is the sacredness and emotion of all levels of consciousness, and the reality that no species is inherently villainous. In order to fully live in peace with other living beings, one cannot violate or exploit another. So, I am not a vegan, but The Promised Neverland makes a strong, broader picture argument for the diet as one of morality and serenity.